Tarot can seem complicated at first. Each card carries several meanings depending on the question and in relation to the other cards. Each tarot card tells a rather extensive story. With the classic Rider Waite tarot, each symbol on a card has a meaning. Experienced card readers have a deep knowledge of the tarot and, along with their intuition, can understand what the cards are trying to communicate. Sometimes only one symbol on a card has something to say.

If you also like to work with the reverse position, or if the card falls out in the reversed position and you feel that this is the way it wants to be displayed, then the meaning of the card is basically the opposite.

For example, the Chariot card – When in the upright position, means movement or action. When in the reverse position, it means suspension or inactivity.

If you are interested in becoming a tarot reader, it is recommended that you educate yourself in the Tarot and read about each card and each symbol. The Tarot Cheat Sheet and Tarot deck for Beginners with keywords will serve as a guide and reminder.

Don't be put off by the feeling of being overwhelmed by information. And go on the journey of tarot :)

You can download the Cheat Sheet here – A PDF Printable Tarot Cheat Sheet.
You can share both the PDF Cheat Sheet and JPEG images below, but please credit our website with a clickable backlink. 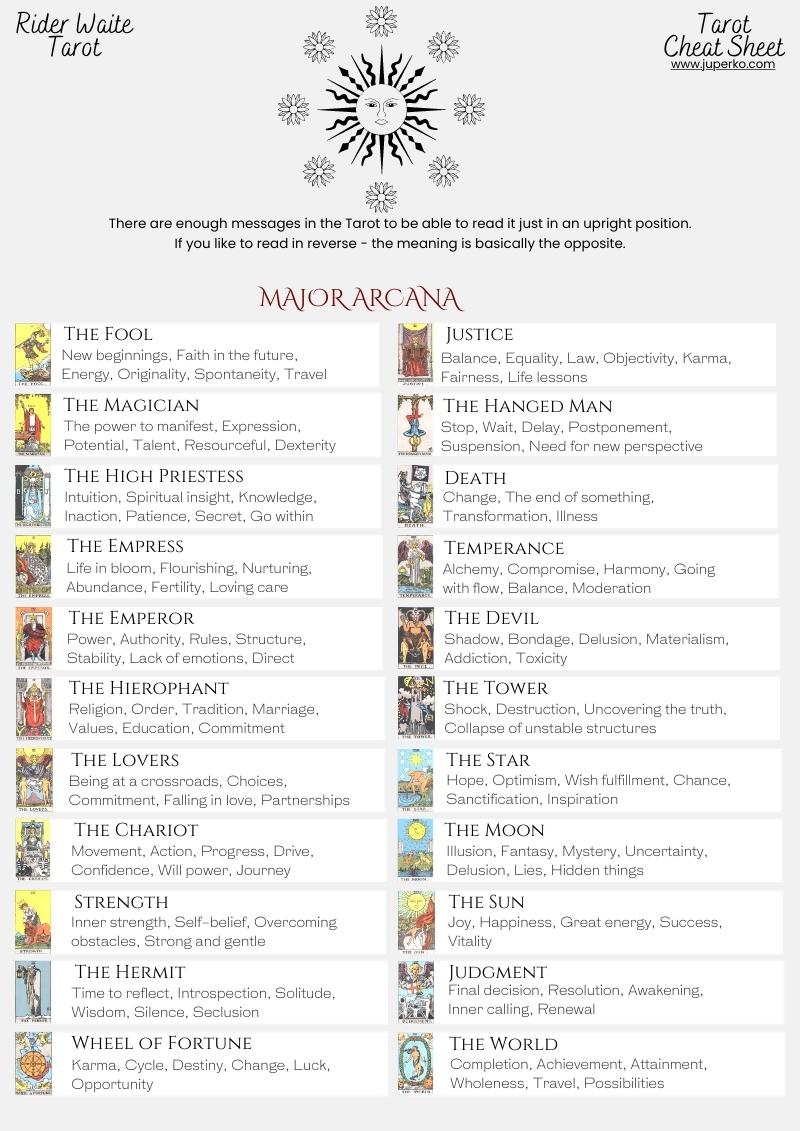