The Yearly Growth Card, or the Growth Symbol, is a symbol or artifact figuratively represented by the Major Arcana tarot card that affects each of your years of life, revealing the energies, tasks, and developmental steps prevailing in that year. Thanks to its calculation, you can determine which of your behavior patterns will be ready for change or processing by simply recognizing and accepting. At the same time, what support from the universe will you be given.

The Symbol of Growth does not start at the beginning of the year, but it begins with a birthday, lasts for 12 months, and ends with the next birthday. The calculation of the yearly growth card is based on a combination of tarot and numerology. It is calculated by summing the day, month, and year of your last birthday. If the final sum is 22 or less, it doesn’t add up.

An exception is the Fool in the Tarot card represented by the number 0, which does not exist in numerology. The Major Arcana depicts a recurring story. As soon as the story ends and comes to a close, a new story begins on a new level. So in the combination of tarot and numerology, the Fool card represents the number 22. 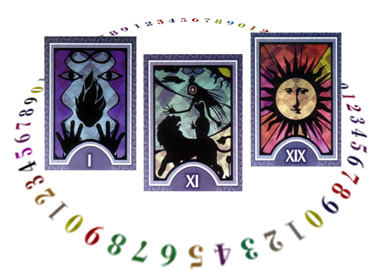